On May 26, 2022, the International Lunch Day against AIDS Discrimination, Jason Zhang sang the theme song "You are under the Umbrella in the Rainy Day" of the online activity "Pursuing Dream • Umbrella Holder". As the first "Umbrella Holder for Red Ribbon Boy", Jason Zhang was awarded the title of "Honorary Teacher of Red Ribbon School" by Guo Xiaoping, the headmaster of Red Ribbon School in Linfen city, Shanxi Province. The theme song was jointly produced by Taihe Music Group and was issued by Taihe Rye. Besides, this public welfare activity and its theme song have been promoted in an all-round way including Sina Weibo. CCTV news, New Weekly and other media have also jointly reported that song. 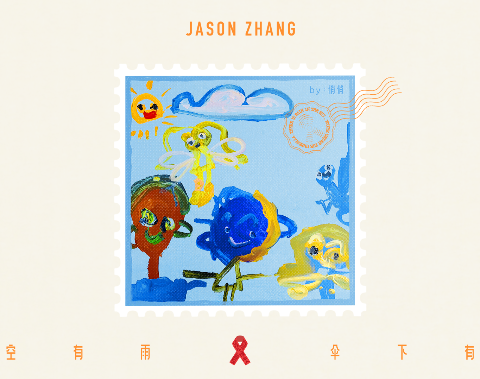