On July 4th, CAFFE IN of En Mercurio, an Taihe Music Group-owned label, launched the second song of the new album West Loser after receiving the praise from the public and media. This song’s lyric is written by CAFFE IN’s guitarist Liu Bofei, and the melody is composed by the main vocal SAYU. This song adheres to the straightforwardness of rock with bantering and poetic expressions. West Loser illustrates the phantoms of turbulent minds when facing the unbearable situations, and tries to deliver the insistence and attitude of CAFFE IN to the audience. 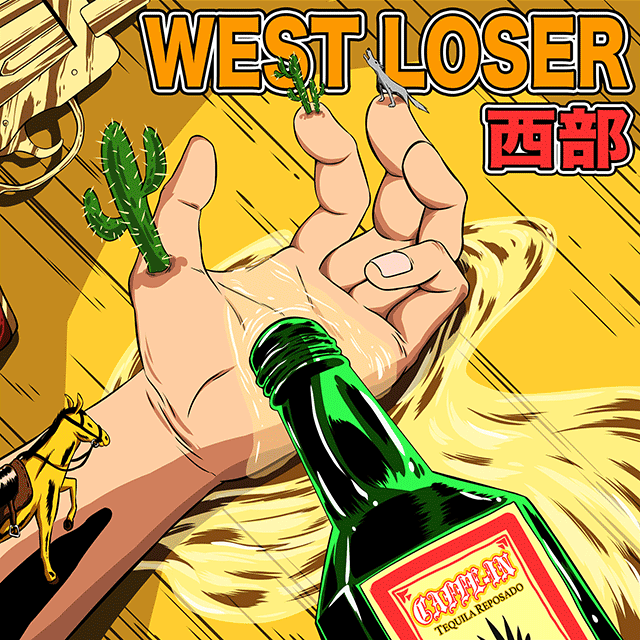 This song’s content and emotion are different from the CAFFE IN’s former style which is full of energy and optimism. It tells the contradiction of dream and reality through the rough arrangement. The following delayed album REAL also expresses the same emotions. The guitarist Liu Bofei said “I have such a kind of feeling, my youth has been long exposed under the burn of rock music. And when the youth is faded, I have no tears to say goodbye. It is like a human got lost in the west wasteland, accompanied merely by the burn of the sun. In some lives, there is nothing to expect or fight against, everything is part of the wild trip.”

CAFFE IN also exposed the second group of publicity photos. Using the visual art of role-play, these photos may extend the understandings of the fans to CAFFE IN. The members said that they hoped their elaborate costume can be accepted by fans and thus evoke their expectations for this new album REAL.