Looking at the past: From“2019 Vae Xu’s Treasure Hunting Concert”'s sold-out of Taihe Music Group 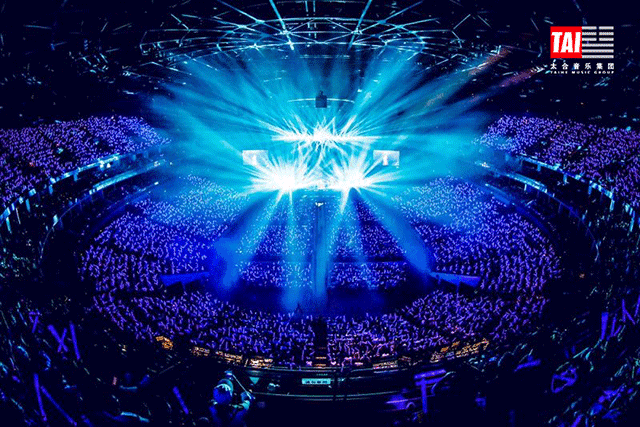 Starting from June 1st of 2019, Taihe Music Group held the "2019 Treasure Hunting Tour Concert" for Vae Xu, which would be on in Chengdu, Wuhan, Shanghai, Beijing and Hefei. The tickets for the concert were all sold out in the five major cities immediately after the pre-sales started. This phenomenon caused a sensation in the Mandarin music scene once again, and became a benchmark event in the field of Chinese live performance over the past decade.

Vae Xu is one of the most reputable and prolific artists among Mando-pop singers. He has published more than 100 songs in the past 13 years since debut.

With the release of "Treasure Hunting " by Taihe Music Group in the summer of 2018, Vae Xu's music works have exceeded 5 billion click volumes; and all his audiovisual works have become the target and wealth that many fans look forward to: 3000 limited vinyl albums sold out in just 3 seconds. The “Treasure Hunting” won the JD music list’s champion as soon as the physical CD is released.

For Vae Xu, whether it is a success or failure, victory or defeat, fame or no fame, he just stays at a corner of the world quietly, concentrates on creating, and then waits for the next legendary story to come.

Perhaps, that is the reason why Vae Xu won ten years of support and respect from his fans.

THE COLLECTIVE MUSIC MEMORY OF A GENERATION

Many people firstly know Vae Xu from his Internet signature songs such as "Melting Snow at Broken Bridge”and ”Why Not”. These works are of a bit romantic and gray, but they have a strong rhythm, bright melodies and bouncy delivery. They all represent the uniqueness of Vae Xu’s personalities.

This "uniqueness" is a very difficult self-presentation, but it is also the key to unlock the information and content explosion in the Internet era. Today, the "Melting Snow at Broken Bridge" and "Why Not" are still appreciated by many people. They are still the most commented works at the online music platform, and have become a collective music memory of a generation.

In the eyes of Vae’s fans, 2009 is an important year. This year, Vae Xu, who just graduated from Anhui Medical University, released his debut album "Self-defined", which was written and compiled independently by Vae Xu himself. However, due to the lack of planning, promoting and publicizing from the record company, the album did not caught the attention of mainstream media. 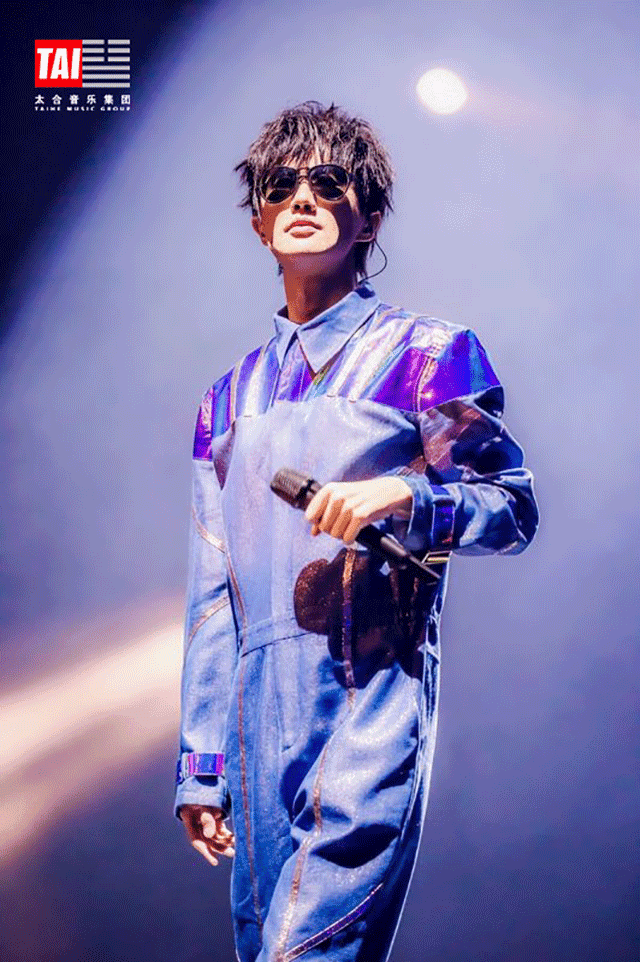 In 2011, Vae Xu officially joined Ocean Butterfly Music of Taihe Music Group. Soon after signing the contract, he launched his third album "Sughra has no bottom", all lyrics and melodies of which were created by himself. In the first month after releasing, he broke the sales record in China and made a sensation in the music scene. He also started the national tour signing session and fans meeting.

From the perspective of music style, C-POP and R&B are the main framework in Vae’s music. However, in the album "Sughra has no bottom", Vae Xu boldly gave a mashup. He integrated a lot of Chinese elements into the melody based on the western music, and thus we have "Qian Bai Du" with a gentle and restrained melody, and "The Cooling" guided by Peking Opera in the prelude. Besides that, other singles in this album are also very close to the theme, and extended the concept according to the unified setting of "Sughra has no bottom". Since this album perfectly integrated poem and reality, criticism and ordinary mind, as well as the eastern civilization and western aesthetics, Vae Xu is praised as "the humanistic spirit bearer" in this industry.

In the following years, Vae Xu ushered in his reflection period of creating, and launched personally-created original albums such as "Sleepwalking plan" and "It's better to drink tea", as well as his first photo essay collection "The Light of the Sea". With his outstanding performance in albums, he won numerous awards such as the Annual Fashion Original Musician Award of the Asian Fashion Festival and the best singer of the Oriental Billboard. Vae Xu also performed at many parties and gala evenings on CCTV and other local TV.

In fact, the two titles of "Best Singer-songwriter" and "Photographer" are, to some extent, the perception of Vae in the view of the outside world, and Vae's achievements in photography are no worse than in music. However, no matter whether it is music or photography, it is merely the way Vae conveys his ideas to the public. Unquestionably, in 2016, Taihe Music Group helped Vae Xu launch the 6th personal original album ”Youth Evening Paper”.

BACK TO THE ORIGINAL WILL: YOUTH EVENING PAPER TO TREASURE HUNTING

Getting back to 2017, Vae Xu was so low-key that he rarely attended any events and only updated his life in his exclusive APP Vae+. However, the "2017 Vae Youth Evening Paper Tour Concert" sponsored by Taihe Music Group has created a myth that has never been seen in Chinese singers at the same era. All tickets were sold out and no vacant seats were left. All audiences chorused with Vae from the beginning to the end.

The essence of music is that one soul summons another soul. Since Vae Xu and Taihe Music Group mastered the power of "summoning the soul", they no wonder achieved an unprecedented victory.

By planning, holding and ticketing over 10,000 performances every year, Taihe Music Group has taken more than 70% account of the share in the independent music performance market, and has continued to lead the market in grand concerts and LiveHouse. As for Vae, he has devoted himself to music creation for more than 10 years and has published more than 100 songs, and thus he influenced the lives and pursuits of young people from generation to generation.

Therefore, the "Youth Evening Paper Tour" is a victory for "Heaven, Earth and Human", and it is the offline extension and precised marketing of Vae's fine content production.

The best-selling book "Limited and Unlimited Games" writes that if the "Youth Evening Paper Tour" is a "limited game", which is played within the border to win the box office, public praise and exposure index, then the "Treasure Hunting Tour Concert" launched in June 2019 is an "unlimited game", which aims at continuing the game, pursuing breakthrough and innovation.

What may prove this is that the final concert of the "Treasure Hunting tour" is not in Beijing, but in Hefei, the birthplace of Vae.

Although the ticketing in Beijing station also created the astonishing record of 1-second sold-out, "returning to the hometown" is not simply a devotion to hometown, it is a carefully planned tour route. Based on the APP Vae+ exclusively customized and developed for Vae Xu by Taihe Music Group, Taihe Music Group delicately planned this tour route according to the personalities of Vae Xu and the accurate portrait of Vae Xu’s fan group after converging, managing and analyzing a variety of data drawn from the audio-visual playback volume, the performance box office, fans operation, digital music distribution and other powerful music consumption data. 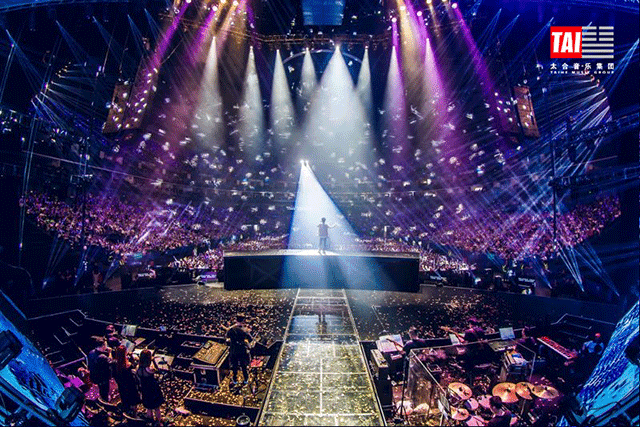 In addition, from stage design to song arrangement, lighting and sound effects, all these elements were also developed and produced in consistent with the unified creative setting of “treasure hunting”, and a top Asian director team was invited to create stage effects.

The songs were all selected from the original songs of Vae’s in the past 13 years. The big data portrayed the audio-visual appeals of fans from different regions, and then Vae Xu led the team to arrange the performance. Vae Xu re-arranged the details like performance contents, guest invitations and interactive experiences so that different cities and different sections can present different Vae Xu and “treasure hunting”, bringing more surprises to fans.

Vae+ said, "Falling in love with a group of people because of one person."

When the individual development of celebrities and musicians rises and falls with the history of the music and entertainment industry, those classic musical works and performances will eventually shed the dust of the world and shine with dazzling brilliance.

From this perspective, Taihe Music Group combines and systematically operates the content production, artist management, live performances and fan operation in a brand-new industrial thinking pattern, devotedly serving musicians like Vae Xu to explore the depths of the music industry. This kind of exploration itself has already surpassed the category of pop music. It has instead become a symbol, a spiritual sustenance and a social practice, attracting young friends for generations to walk into the pure music world and evoke echoes in the soul.

Music is right in front of us.